The juice and vegetable era begins

Last Tuesday, Josh made me watch a movie with him, “Fat, Sick & Nearly Dead.” Apparently he thought it was about steroid abuse for the sake of muscle gain or something, and it turned out to be quite a different movie. But we both loved it nonetheless.

Basically, the movie traces Joe Cross from Australia’s quest to consume nothing but juiced produce and water for 60 days as he tours the United States raising awareness of healthy diets. In the process, he loses a ton of weight and casually gives his contact info to a 400 pound truck driver in a parking lot. This driver later calls Joe in a breakdown moment, causing Joe to return to the U.S. to get the driver started on the juice path, which eventually helps him lose almost 200 pounds and get off his medication.

This got me thinking about buying a juice machine. So, of course, I bought one that night. I had it two days later. After buying $60 in produce, not having a clue what I should juice, I tried it out. 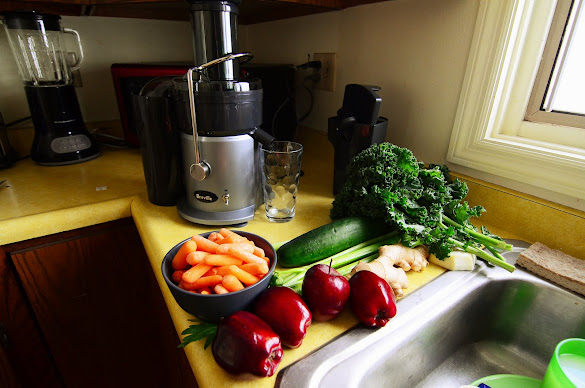 Half a bag of baby carrots, four small red apples, a cucumber, four stalks of celery, six leaves of kale, some ginger and a lemon 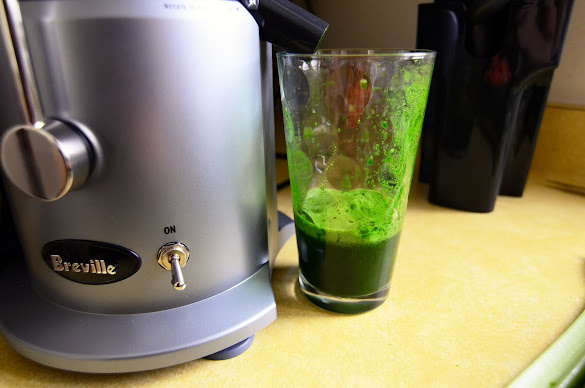 This is kale juice. I did not taste it. 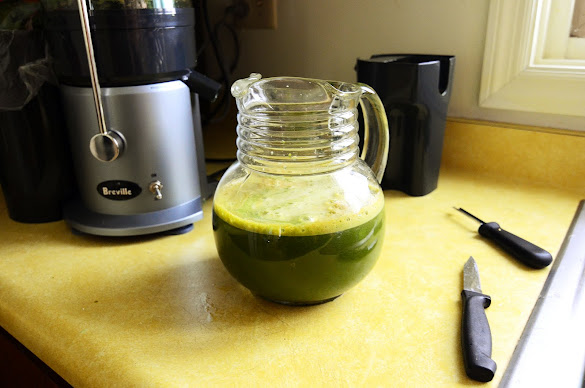 This is all the juice mixed together. It tasted less than desirable. 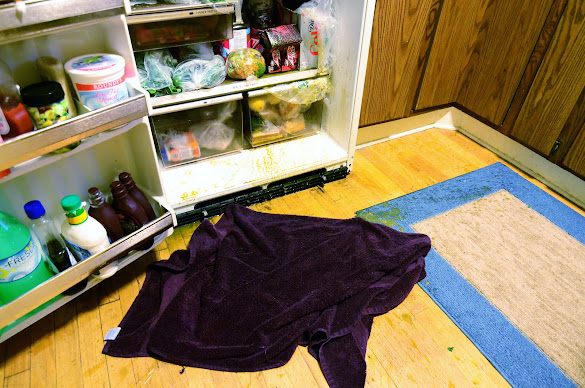 This is all the juice after Josh decided to spill it all over the place. It smelled and was a pain to clean up.

So I didn’t get off to the best start, but I did lots of experimenting since then. I am probably never going to buy a bottle of juice again; the difference is night and day. Fresh apple juice is amazing, and having never minded a lot of pulp, it suits me well. I tried juice of strawberries. It was bitterer than I’d expect, probably due to the leaves, but interesting and delicious. Then, my new favorite: carrot juice. Five to seven large carrots makes a tall glass of delicious, orange heaven.

Note to self: Juice of celery with a bit of ginger is disgusting. Adding lemon makes it worse.

In addition to the increased juice intake, I’ve also been eating a ton more vegetables. It takes a few minutes to chop up some yellow and green squash, throw in some bok choy, and heat it in a pan (with no oil or anything else). Hopefully I’m not offsetting the benefits of this new diet by my sheer consumption… It’d be nice to lose some weight, especially since I’m signed up for several races coming up, including a 10K Sunday morning at 8 a.m.

This entry was posted by Charlie Gorichanaz on July 20, 2011 at 11:05 pm, and is filed under Uncategorized. Follow any responses to this post through RSS 2.0.You can leave a response or trackback from your own site.