Who says craigslist is for sluts?

At Chicago Pride 2011, I was with my friend Ryan for most of Sunday after the parade. We were loosely tracking a group of Milwaukee gays and once in a while running into other friends. During one of our ditch-out-and-head-to-the-next-bar excursions, we saw some girls and a cute boy in the street pointing up at some apartment. I told Ryan I thought the boy was super cute, after which Ryan went up to the guy and asked his name. I was glad Ryan did that, especially when I saw how pretty his eyes were! 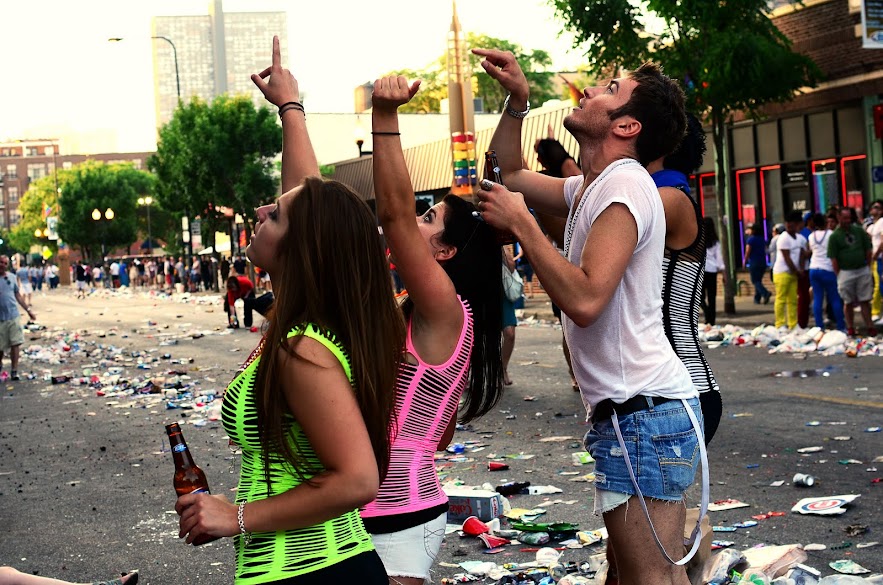 Anyway, I asked his name, and Ryan and I were both shocked to hear him say: Marcin! Ryan and I were talking previously about another Marcin we know who lives in Chicago. At first, not knowing the other Marcin very well, the thought crossed my mind that maybe it was him… but thankfully it turned out not to be. This Marcin told me, “You’re very cute.” I then asked, “What about my friend Ryan?” Marcin looked at Ryan, paused, then looked at me and said, “You’re more my type.” Awh!

So he offered his number, and for some reason I didn’t take it down. I don’t remember if my phone was off or what, but I gave Marcin my little cute business card and told him he should text me. Apparently he was not of the mind state to do so, for I heard not back from him for days. =[

I decided to post a missed connection listing on http://chicago.craigslist.org to see if I got lucky. 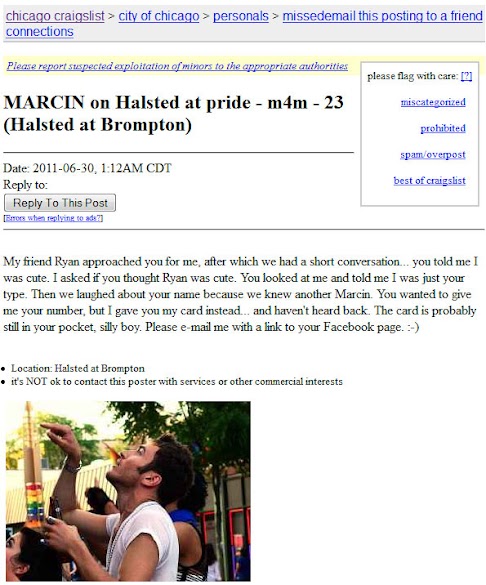 A couple of days later, I found this e-mail in my inbox!

So I texted him immediately and we’ve been chatting since! Thank you, craigslist!