« Degu babies!
Life at the Herald and random people »

Yesterday I happened to overhear a conversation between Mike G and Keegan K about a blimp ride and needing a camera. I pointed out that I have a camera, and next thing I knew, I was signed up to go on a blimp ride with Keegan. The blimp of choice was the Outback Steakhouse blimp, one of about 10 such blimps in the country. 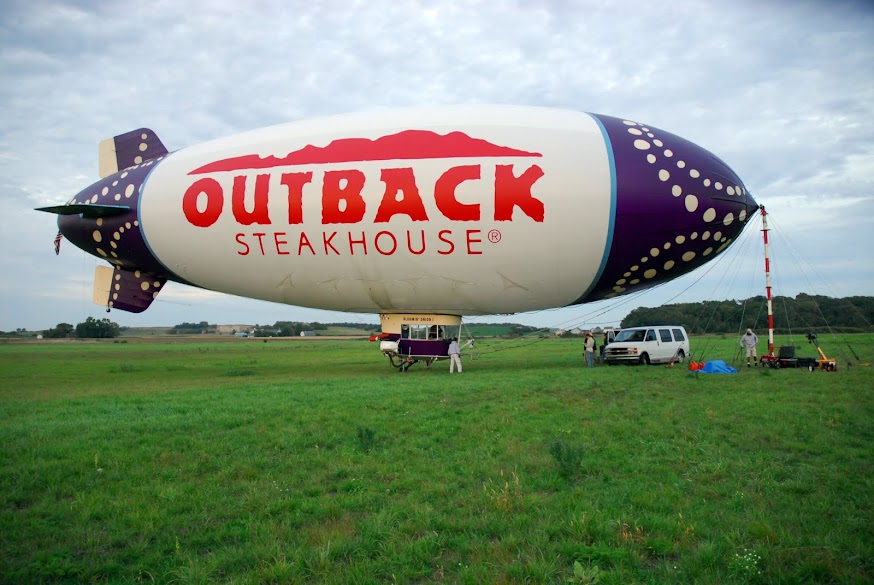 Things I learned about blimps: 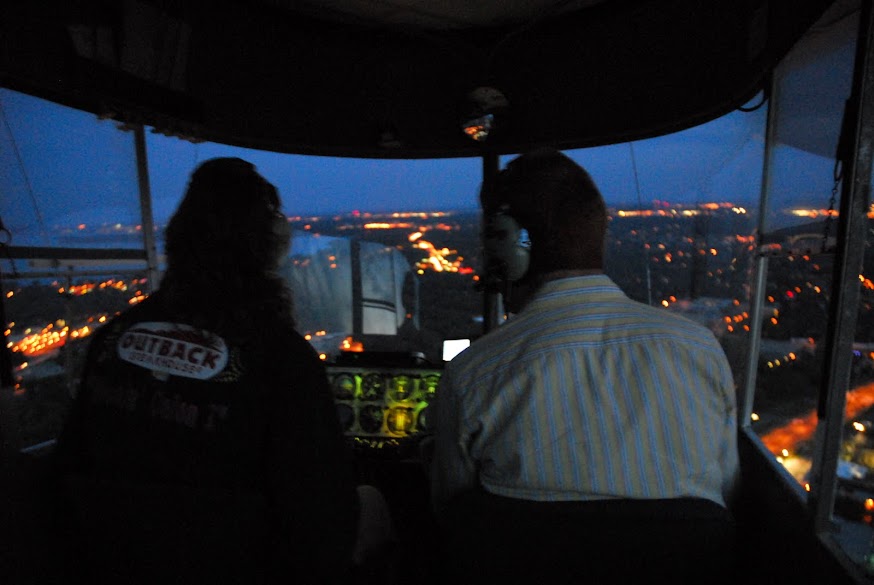 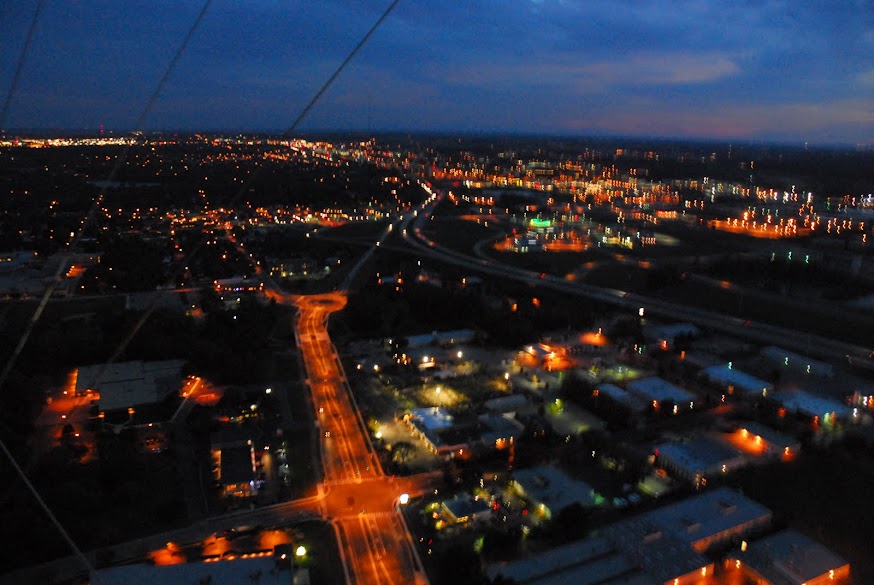 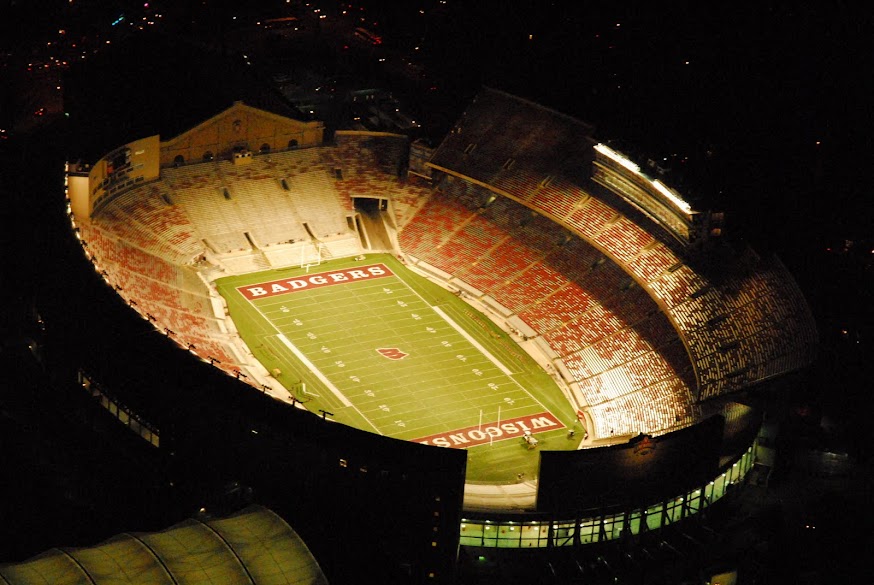 Being relatively low in the air above a city is amazing. I am so glad I got to go up today! 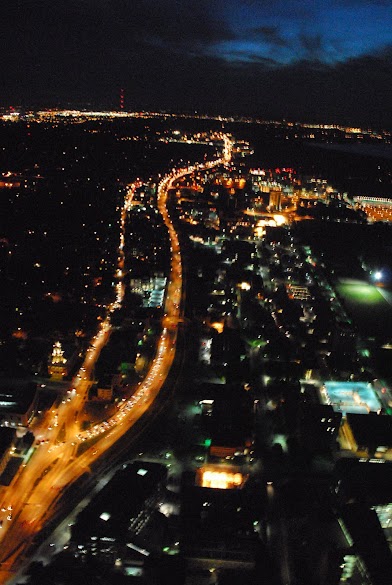 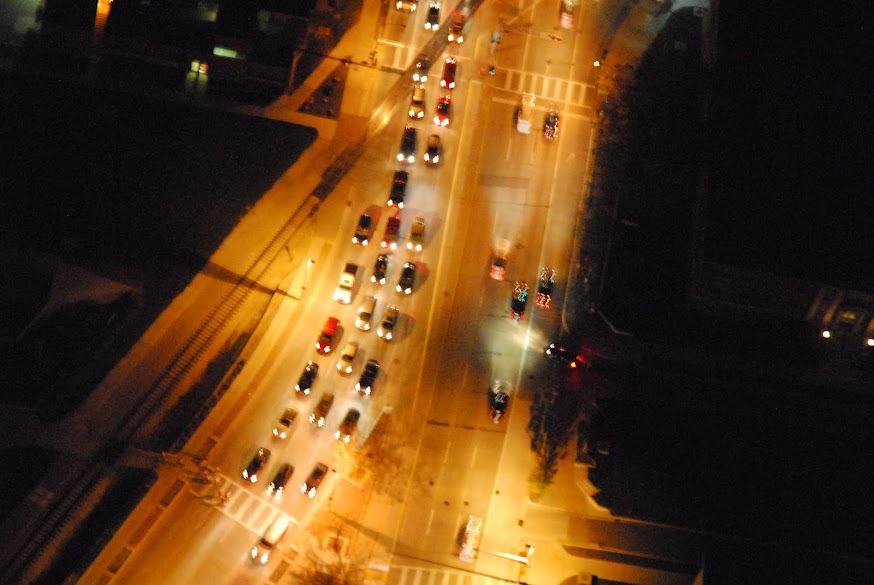 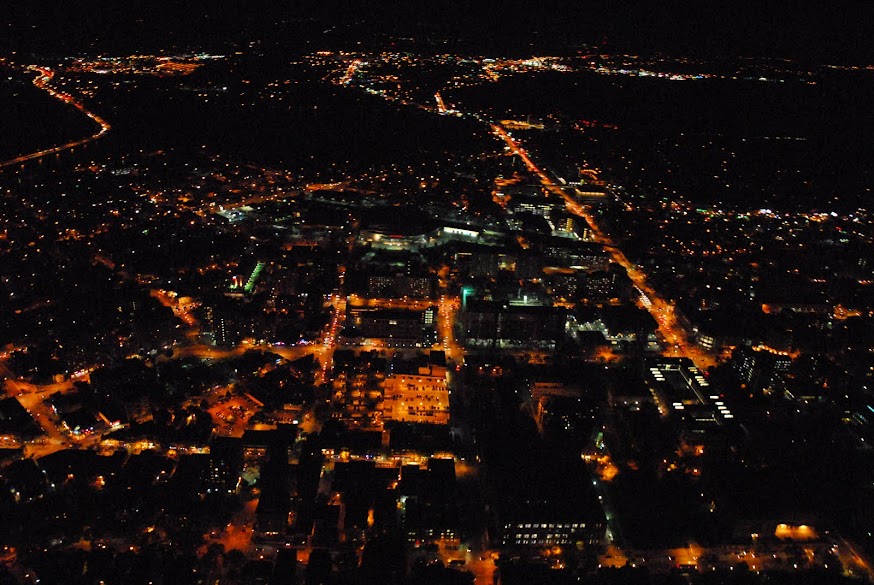 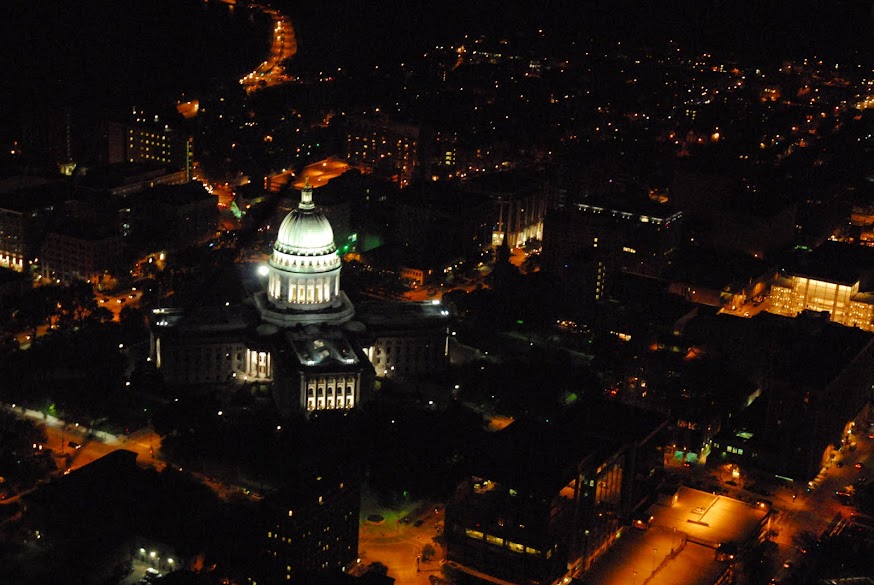 The Wisconsin State capitol is so pretty at night 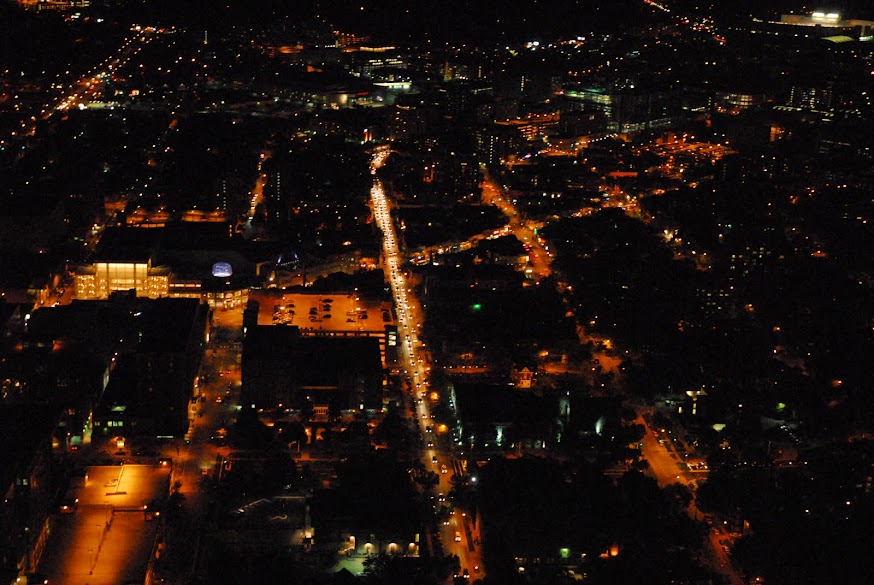 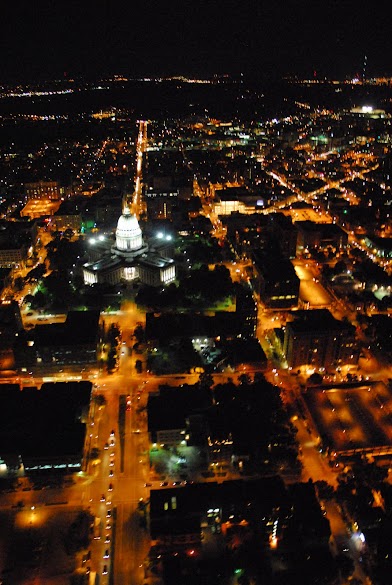 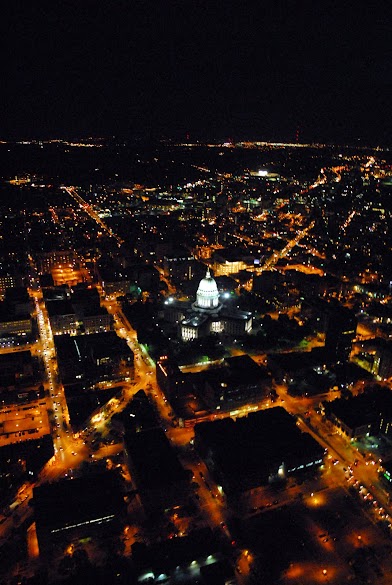 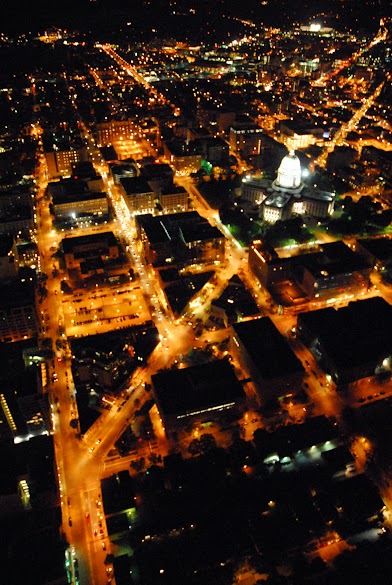 Andrea had Keegan shine a light on the trees in the field so we wouldn’t hit them. Those trees are the main reason we spent 15 minutes floating around the field before landing. 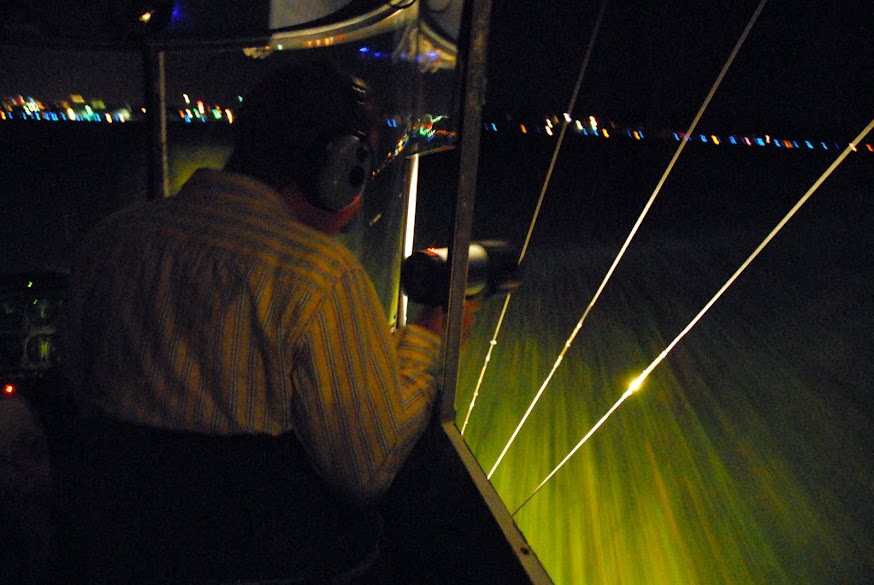 Keegan spotting the trees so we don't hit them 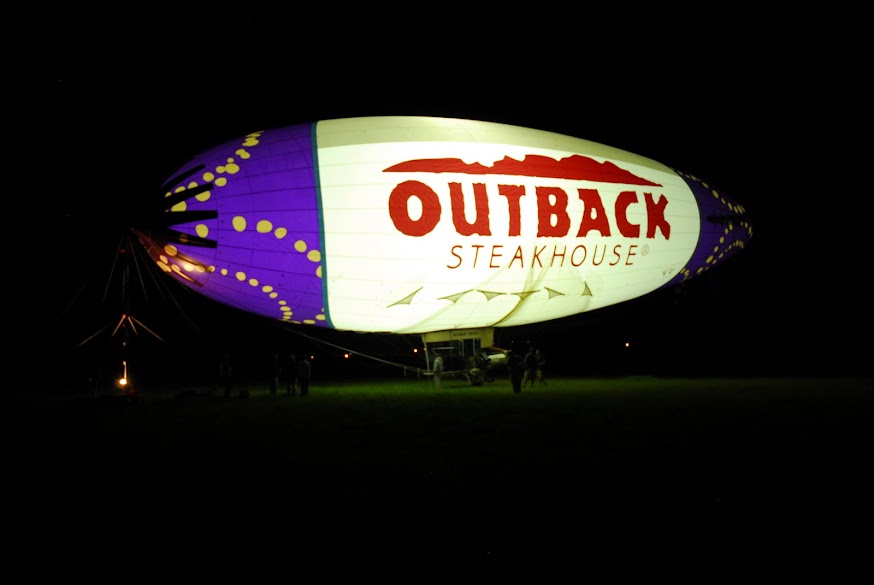 It takes a crew of 13-15 people to conduct a blimp operation. Those people don’t live anywhere, because they are constantly traveling across the country to show off their giant balloon. Actually, it’s a little more complicated than that:

The blimp itself is owned by one company, and the operation crew is another (High Degree Operations Corp.). Then, the client that pays for all of this is Outback Steakhouse. Apparently, the cost of branding a blimp in 2002 was $2.5 million, according to an Oct. 4, 2002, article in the Orlando Business Journal titled “Blimps battle it out over sky sign spat.” I wonder what it costs today?

This entry was posted by Charlie Gorichanaz on September 30, 2007 at 1:07 am, and is filed under Personal. Follow any responses to this post through RSS 2.0.You can leave a response or trackback from your own site.