Bubbles’ birthday brings the bunch to Kopp’s, and Black Swan

Brief entry…: Today was my sister Christina’s birthday, and despite the snow and poor driving conditions, she wanted to go to Kopp’s Frozen Custard in Brookfield. She had wanted to go to a different place, but it was out of business. So for dinner, we trekked out there in the van, and I drove.

I am really bad at remembering my siblings’ ages; I think I counted eight candles on Christina’s cake, so I’m assuming she’s eight now. They get older so quickly, and with nine siblings, there’s a birthday almost every month. Pretty crazy.

Maggie’s getting especially noticeably “grown up,” as she’s gotten quite tall recently. 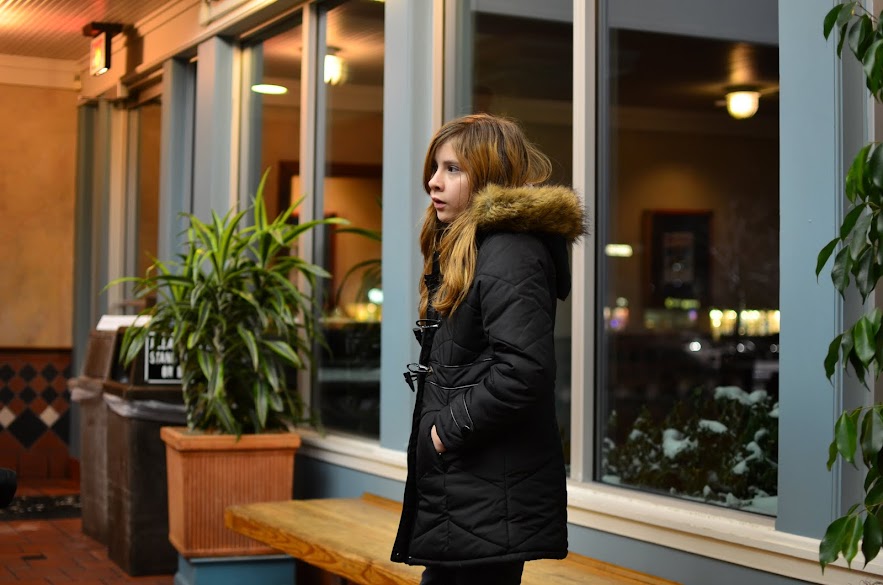 My sister Maggie at Kopp's 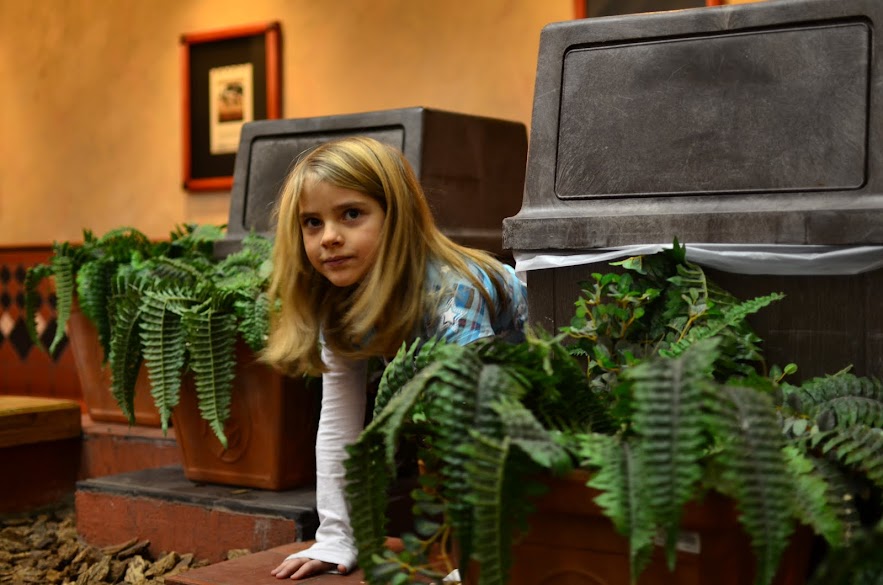 Christina, trying to hide from the camera 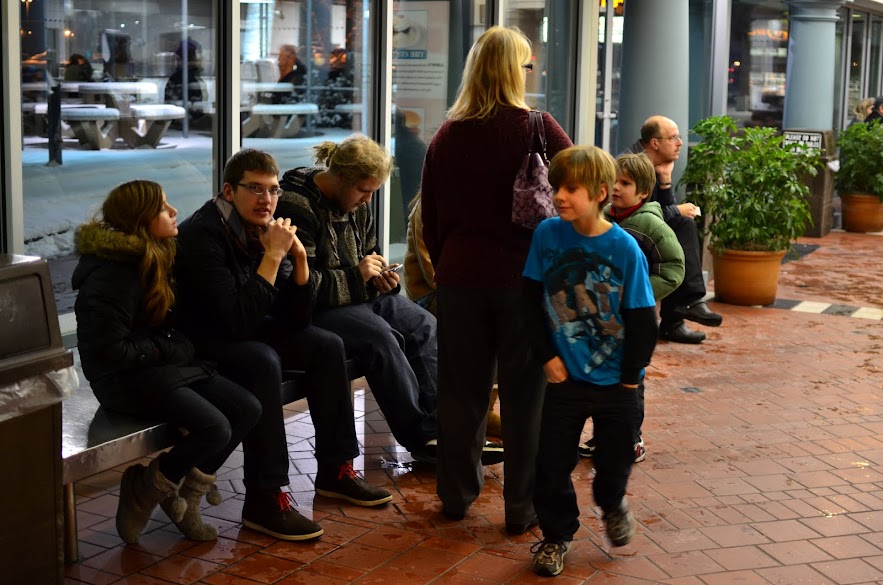 Some of the family awaiting the food 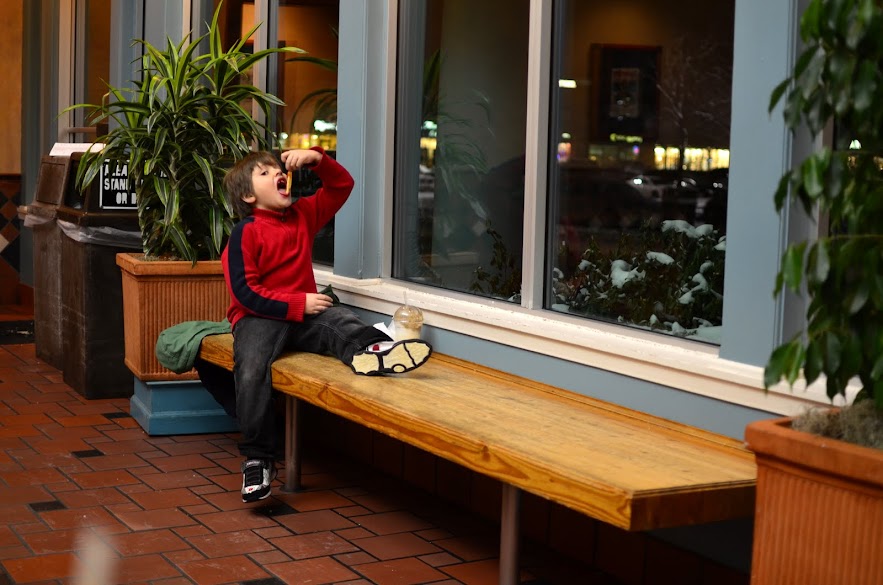 Tristan, eating off on his own

Kopp’s is pretty strange, as there is a dining room, but none of the tables fit more than three people. We were spread out among a few tables and benches, and Christina ate by herself for most of dinner. She’s a different type of child. 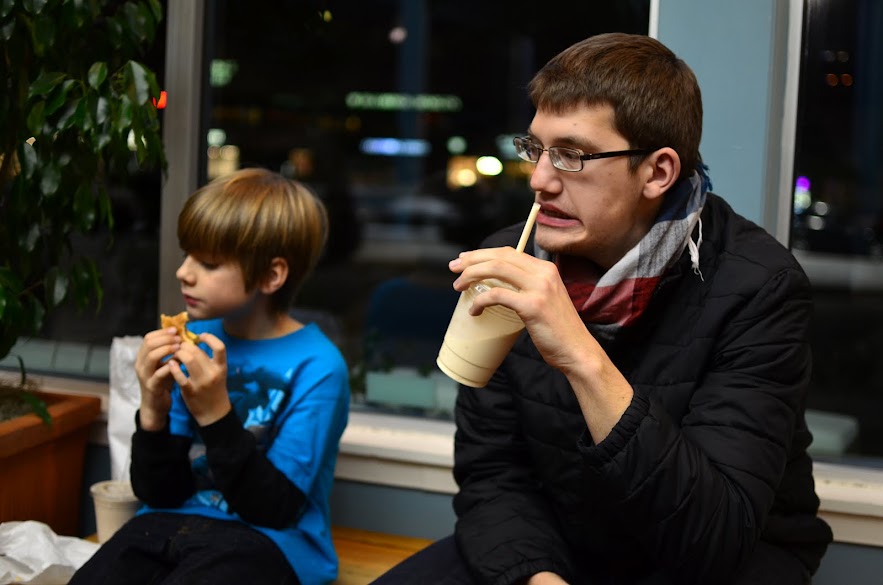 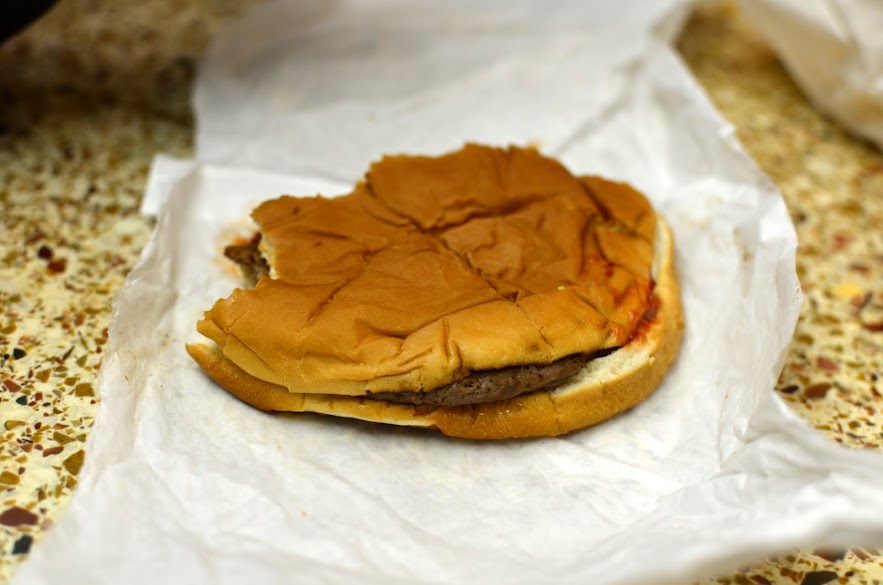 The burgers were a bit squished, more than necessary. Weird. 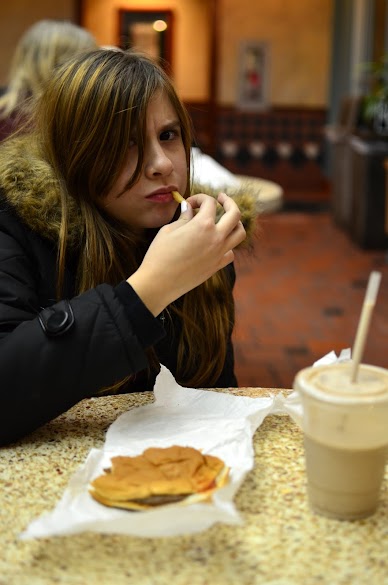 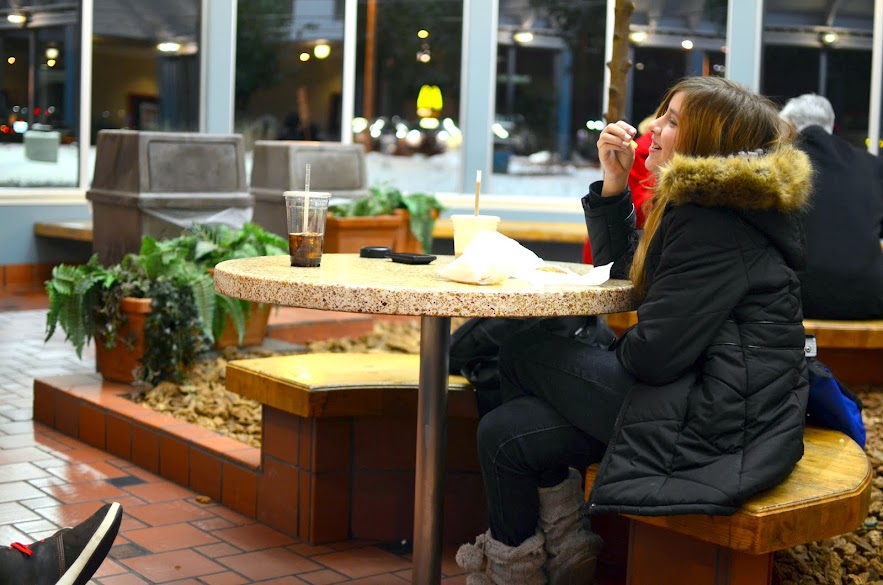 Then we went home and had cake. I was a bit rushed because I had to drop Tim off at his apartment before picking up my new friend Eric and going to see a movie at Mayfair’s AMC. 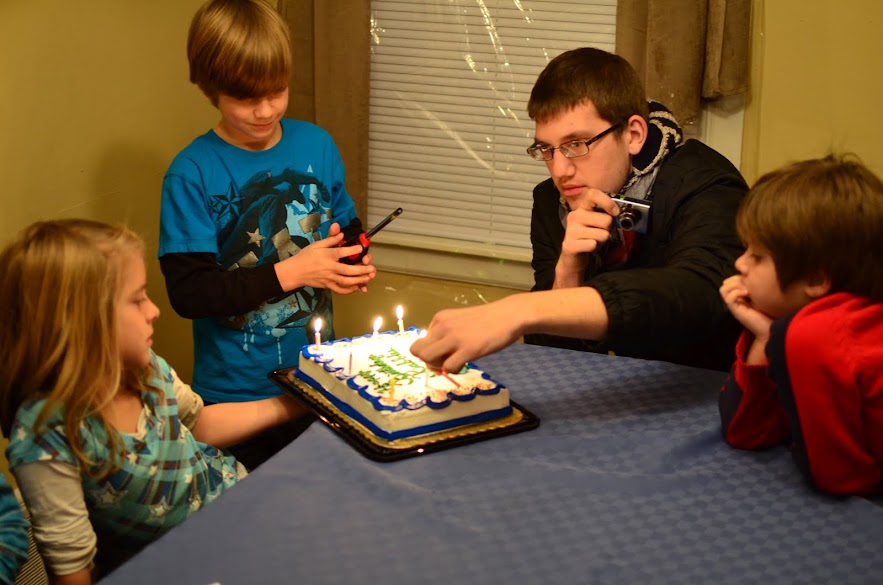 Getting ready to sing 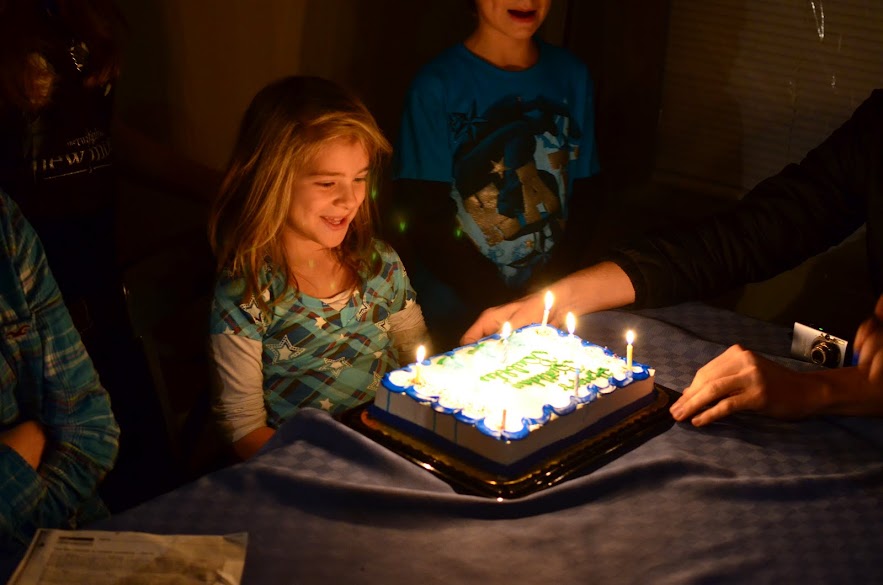 Eric and I saw Black Swan, which was pretty good. There were a few scenes that grossed me out a bit involving pulling bloody feather things out of the finger nail up the finger… which was strange because not much else sickens me, other than vomit. 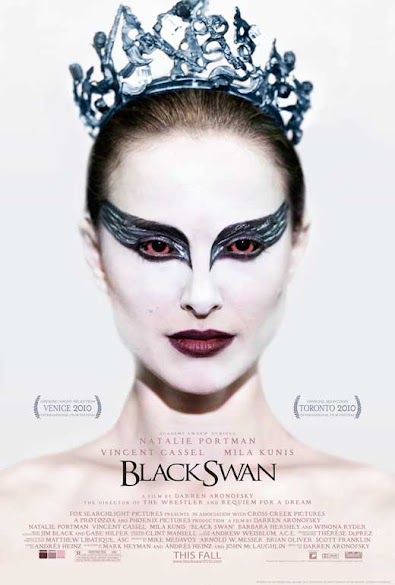 After that, we went back to Mom’s to watch another movie. I wanted to show Eric Doubt, but my copy was corrupt apparently, so we watched Bobby, which is about the assassination of U.S. Sen. Robert F. Kennedy. It was also pretty good, but I need to watch it again to decide exactly what to rate it on Netflix. I thought Eric and I got along fairly well, so hopefully we hang out some more.

This entry was posted by Charlie Gorichanaz on January 12, 2011 at 4:59 pm, and is filed under Personal. Follow any responses to this post through RSS 2.0.You can leave a response or trackback from your own site.