Many of my friends are aware I’m slightly odd… obviously. For quite some time, I’ve liked $2 bills, but only within the past year or two did I realize I could withdraw tons of them from the bank. I’m also a big Where’s George? fan, so a couple of times now I’ve withdrawn a hundred or more $2 bills and entered them all into Where’s George for tracking. 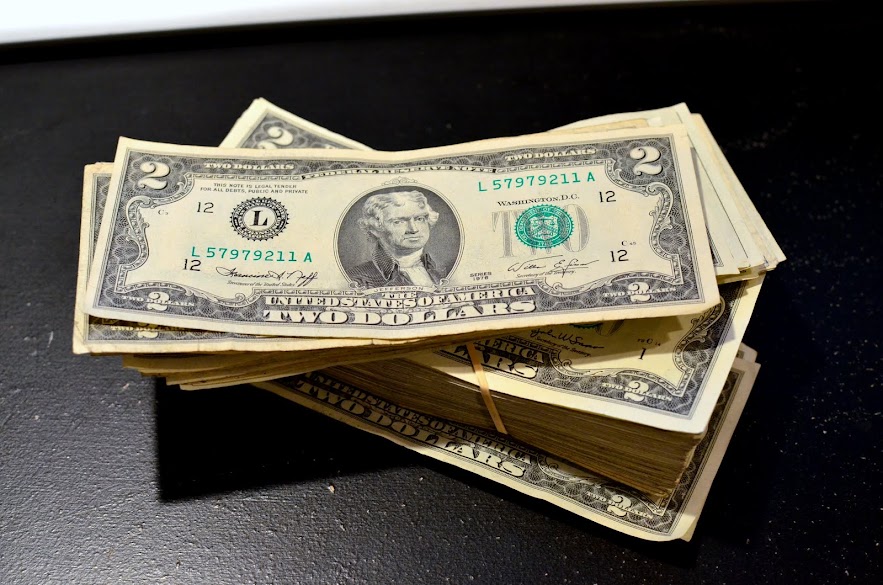 So far I’ve entered 352 $2 bills into Where’s George, 26 of which have been subsequently “found” and entered by another user.

A bit more than a week ago, fellow HUHS grad and Badger Herald coworker Peter H posted a link on my Facebook wall to an Instructables post on making a $2 bill pad. This reminded me of a post I read on Steve Wozniak’s website where he explained how he once was interrogated by the Secret Service for his use of $2 bills.

Anyway, I remembered he had done something similar:

Then he calmly said that they don’t make them like this. I sat for a long time silent and he repeated his statement. I said “you mean, on sheets?” These two $2 bills were attached to each other and perforated. You can purchase $1, $2, and now $5 bills from the Bureau of Printing and Engraving on sheets. The sheets come in sizes of 4, 16, and 32 bills each. I buy such sheets of $2 bills. I carry large sheets, folded in my pocket, and sometimes pull out scissors and cut a few off to pay for something in a store. It’s just for comedy, as the $2 bills cost nearly $3 each when purchased on sheets. They cost even more at coin stores.

I take the sheets of 4 bills and have a printer, located through friends, gum them into pads, like stationery pads. The printer then perforates them between the bills, so that I can tear a bill or two away. The bills that I’d tipped the waitress came from such a pad.

Anyway, while Googling, I of course got sidetracked trying to find how much the sheets of uncut bills cost, and I ran across the United States Mint’s Circulating $1 Coin Direct Ship Program, where one can order boxes of $250 in gold dollar coins, pay with a credit card, and the government pays the shipping:

The intended purpose of the Circulating $1 Coin Direct Ship Program is to make $1 coins readily available to the public, at no additional cost, so they can be easily introduced into circulation—particularly by using them for retail transactions, vending, and mass transit.  Increased circulation of $1 coins saves the Nation money.

They tell you not to deposit them at a bank (defeat’s the program purpose), but there doesn’t seem to be any acknowledgment this is essentially a way to withdraw cash from your credit card without paying extra fees. In fact, I used my American Express Clear card to get my 1% cash back on the $250 in cash I ordered. How delightful!

So today was the day! 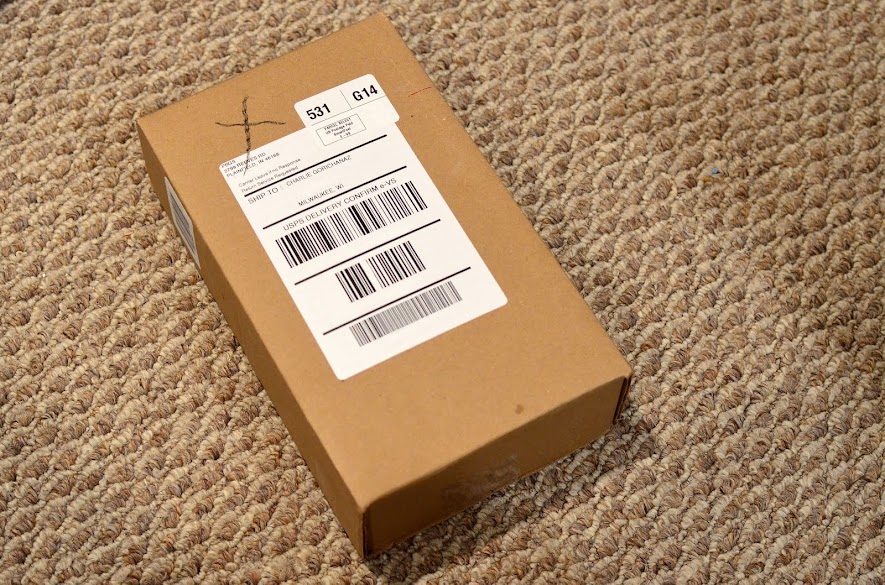 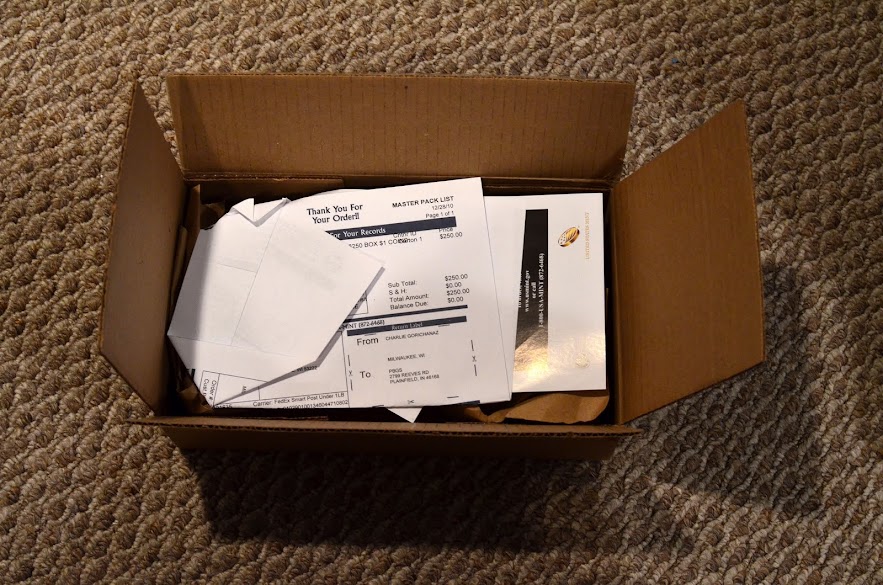 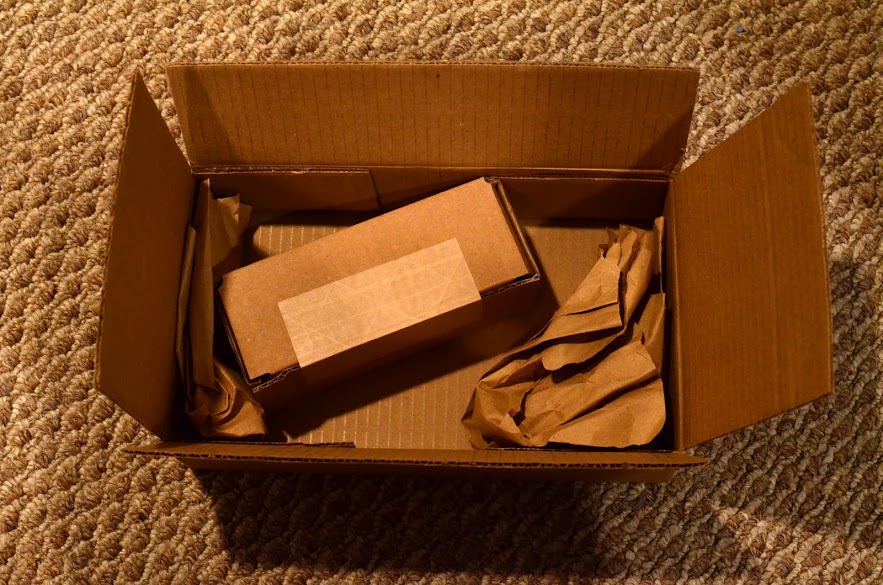 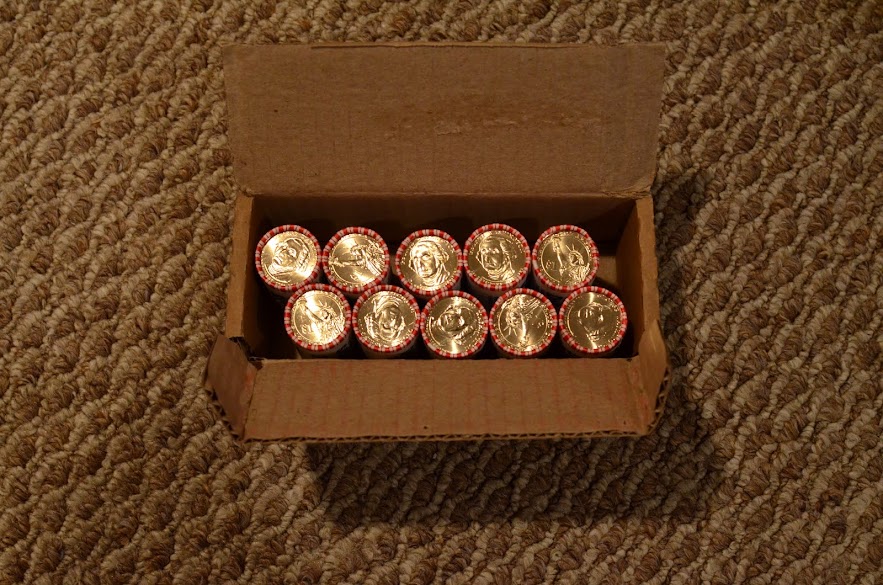 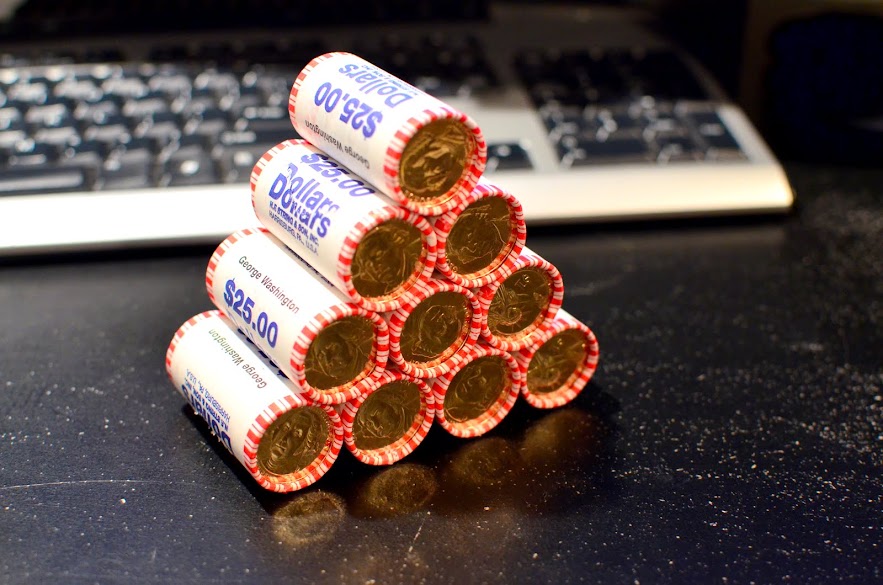 This entry was posted by Charlie Gorichanaz on December 31, 2010 at 1:44 pm, and is filed under Personal. Follow any responses to this post through RSS 2.0.You can leave a response or trackback from your own site.